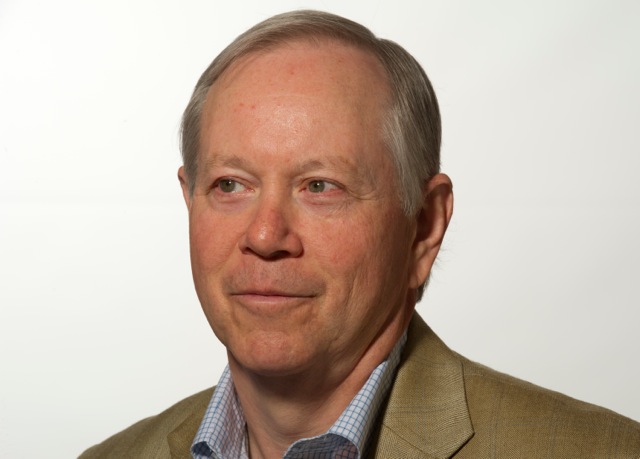 Past speaking engagements include:

Bill Gertz is Senior Editor of The Washington Free Beacon, (freebeacon.com) and National Security Columnist for The Washington Times (www.washingtontimes.com).

Bill is the author of six books, four of which were national bestsellers. His 1999 book, ôBetrayal: How the Clinton Administration Undermined American Security,ö (Regnery, May 1999) was on the New York Times bestseller list for several weeks. His second book, ôThe China Threat: How the People's Republic Targets America,ö (Regnery) was released in November 2000. His book, "Breakdown: How America's Intelligence Failures Led to September 11," was published in August 2002 and was a national bestseller.

Bill wrote "Treachery: How America's Friends And Foes Are Secretly Arming Our Enemies," in 2005, a candid look at the growing problem of arms proliferation. The book was a national bestseller. In 2006, his fifth book was published. "Enemies: How America's Foes Steal Our Vital Secrets -- And How We Let It Happen," was a bestseller and is a critical look at recent spy cases and counterintelligence failures. It also calls for using aggressive counterintelligence techniques to stop Islamist extremists in the global war on terrorism.

His latest book, "The Failure Factory: How Unelected Bureaucrats; Liberal Democrats and Big Government Republicans Are Undermining America's Security and Leading Us to War," was published in September 2008. It is a critical look at the problem of an out-of-control government bureaucracy.

Bill writes a weekly column called Inside the Ring, a chronicle about the ups and downs of the U.S. national security bureaucracy.

He also has written articles for National Review, The Weekly Standard and Air Force Magazine. Bill also has been a media fellow at the Hoover Institution on War, Revolution and Peace at Stanford University, California.

Bill has an international reputation. Vyachaslav Trubnikov, head of the Russian Foreign Intelligence Service, called him a "tool of the CIA" after he wrote an article exposing Russian intelligence operations in the Balkans. A senior CIA official once threatened to have a cruise missile fired at his desk at The Washington Times after he wrote a column critical of the CIA's analysis of China. China's communist government also has criticized him for his news reports exposing China's weapons and missile sales to rogues states, accusing him of "spreading lies about China." The state-run Xinhua news agency in 2006 identified Bill as the No. 1 "anti-China expert" in the world. Bill insists he is very much pro-China -- pro-Chinese people and opposed to the communist system. U.S. State Department official Nicholas Burns, frustrated by Bill's prolific news reporting on internal information about U.S. national security and foreign affairs, only half-joking once compared him to Moamar Gadafi and Saddam Hussein.

Former CIA Director R. James Woolsey stated: ôWhen I was DCI [Director of Central Intelligence] Bill used to drive me crazy because I couldnĺt figure out where the leaks were coming from. Now that Iĺve been outside for two years, I read him religiously to find out whatĺs going on.ö Secretary of Energy Bill Richardson told the author: "We talk about your stories at Cabinet meetings.ö Defense Secretary William S. Cohen once remarked to a Chinese general that Bill "has access to more intelligence information than anyone I know." Senior CIA officials, too, have criticized him during closed hearings before Congress regarding his news reporting based on extraordinary access to classified information.

Former Defense Secretary Donald H. Rumsfeld once told him: "You are drilling holes in the Pentagon and sucking out information."

Among his major newspaper exclusives were reports on how an internal State Department advisory panel report warning of the growing strategic problem of China and the need to develop new weapons to counter and deter it. He also reported first on a Chinese submarine secretly sailing undetected within 5 miles of the U.S. aircraft carrier Kitty Hawk in October 2006, how the Pentagon activated its missile defense system in June 2006 in preparation for the possible shootdown a North Korean missile launch; China's deployment of a new class of attack submarines; details of Russia's covert involvement in removing weapons from Saddam Hussein's Iraq; and details of North Korean government involvement in counterfeiting U.S. currency. Other exclusives have included reports that North Korea test fired a new 100-mile range cruise missile, and how French and U.S. companies violated U.S. export rules by selling oil-related equipment to Iran.

He also was the first to disclose how China is building up short-range missiles opposite Taiwan, and how China had exported ballistic missile technology to Pakistan, a disclosure that led to the imposition of U.S. economic sanctions against China and Pakistan. He also was the first to report that the U.S. National Security Agency issued a top-secret intelligence report warning of a terrorist attack in Yemen ľ hours after terrorists attacked the guided missile destroyer USS Cole in Aden harbor.

He studied English literature at Washington College in Chestertown, Md., and journalism at George Washington University, Washington, DC. In September 1999, Bill was awarded the Western Journalism Center award for investigative journalism. The United States Business and Industrial Council awarded him the "Defender of the National Interest Award" in June 1998, and in 1997 he was recognized by The Washington Times for excellence in achievement.